LEAN THINKING opens up to digitalisation and virtualization

If you run work groups, you know!

The engineer Paolo Sbalchiero, Project Leader of Qualitas Informatica, tells us what it means to be united in a single room to share experiences and know-how. Today, in order to protect our health, we are obliged to stay a metre away, thinking of being together in one place seems a distant reality, given the challenging moment we are living in these days.

Monday, in Qualitas Informatica, is a day where everyone meets in the office, for a moment of reflection and to review together the projects made, share the successes and establish the new goals: we chose the OBEYA method as a methodology for project management.

On any Monday we would have found ourselves around a table in a comparison that allows the growth of the internal work team, and instead we are at home busy dealing with what the situation offers us. Is that how the power of the Obeya room is reversed?

Now that the plans are blocked and each of us is at home, what can we do?

Lean practices often seem to be disassociated from the IT world. Despite this, the growing need to have shared and distributed practices between teams located in different geographical areas, also makes lean thinking open to digitization and virtualization.

n recent decades, Lean Thinking (or lean thinking) has revolutionized the way in which different business processes are handled. In particular, from the middle of the ’80s the expressions Lean Manufacturing and Lean Production have spread globally, bringing with it the spread of concepts of continuous improvement (kaizen) and waste elimination (muda).

It is Paolo Sbalchiero, our Project Leader, who tells us how OBEYA has evolved.

The Obeya is a standard methodology of Lean Manufacturing applied by multiple industrial companies within the philosophy of Lean Thinking. An Obeya is a large room (such as a meeting room), a place where communication can be facilitated in a timely and effective manner during project decision-making meetings.

It all starts with Lean Thinking.

In recent decades, Lean Thinking (or lean thinking) has revolutionized the way we manage different business processes. In particular, from the middle of the ’80s the expressions Lean Manufacturing and Lean Production have spread globally, bringing with it the spread of concepts of continuous improvement (kaizen) and waste elimination (muda). The Lean approach, born in Toyota after the Second World War, has now spread globally, extending beyond the most properly productive areas to involve any physical or informative flow of companies, and is the subject of continuous studies and in-depth studies in companies all over the world.

Where is Obeya born?

Among the various tools proposed by the Lean practices stands out the Obeya, Japanese term (大 部 屋) which literally means “big room”.

This method of work was introduced – according to literary tradition – by Chief Engineer Takeshi Uchiyamada, responsible for the development of the new platform Toyota Prius in the late nineties, which identified a particular room in which to meet the heads of the various corporate functions involved in the project to verify the progress of work, solve any problems and make shared decisions, with the support of visual instruments with immediate impact (e.g. posters, graphs, diagrams, diagrams, etc.). 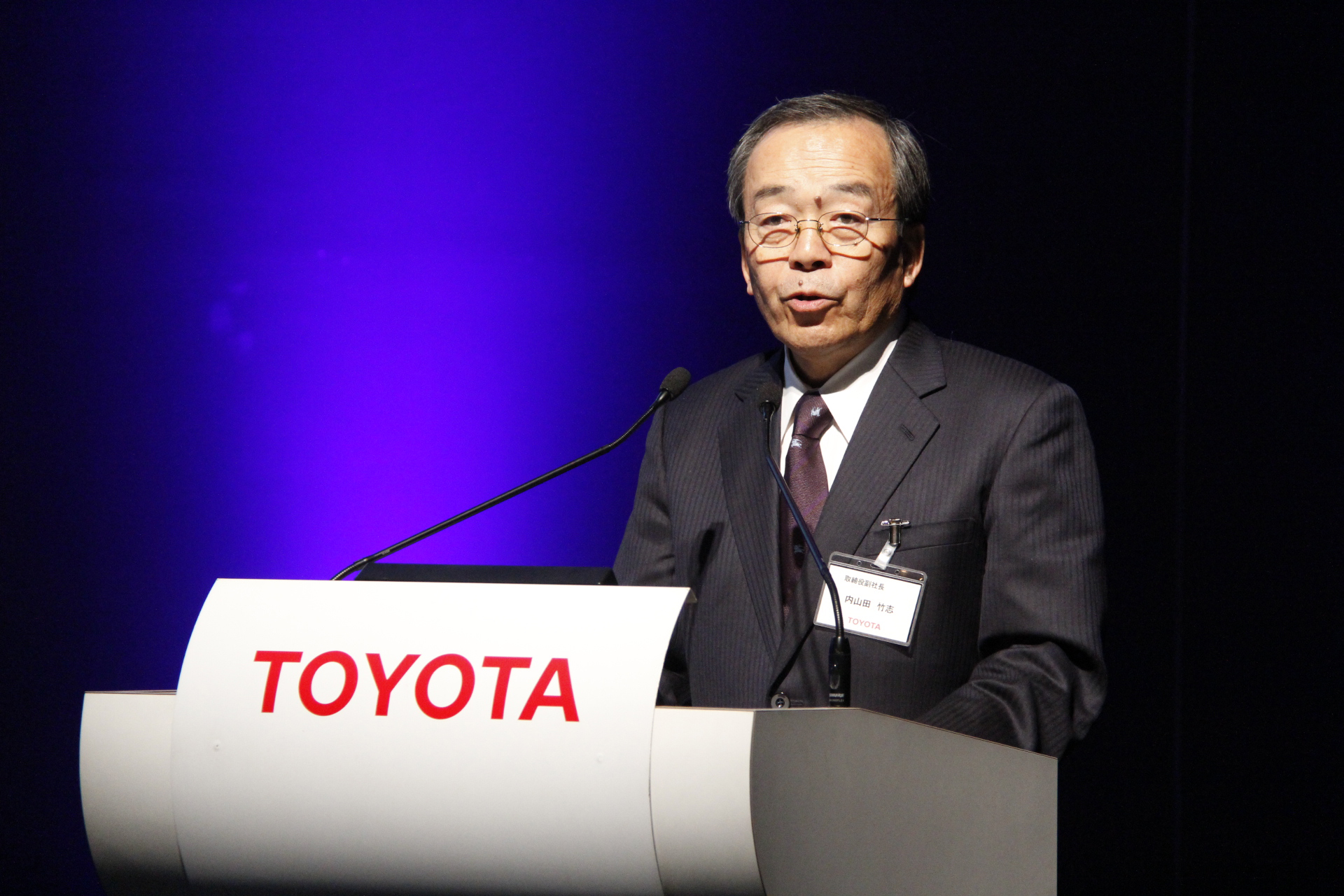 Through this technique he managed to reduce communication times between the different engineers and align what were the objectives, priorities, the technical choices to be made and the problems to be solved. The result was so surprising that Toyota decided to adopt the same method for all subsequent projects.

Today, the Obeya is a standard methodology of Lean Manufacturing applied by an increasing number of industrial companies within the aforementioned philosophy of Lean Thinking.

An Obeya is a large room (such as a meeting room), a place where communication can be facilitated in a timely and effective manner during project decision-making meetings. On the walls of an Obeya there are graphs and diagrams that describe the timing of a project (e.g. Gantt and Pert diagrams), the progress of work (Schedule Board), any problems encountered and corrective actions taken (Issue Board and Issue Analysis) by the working group.

Visual tools are manually updated by team members during frequent project meetings, that are often quick and conducted standing.

Any design deviations are immediately identifiable on the diagrams. In an Obeya the team has the essential information to decide any changes and corrections, sharing in real time their experiences and also their responsibilities.

The communicative inefficiencies, typical of the classic decision-making processes, are reduced in an Obeya, in fact is favored sharing between the people and the functions involved. The decision-making and definition times are reduced to a minimum, the information expectations and redundancies are eliminated, that is, the organizational barriers of the functional models.

All this makes the Obeya a powerful means to support design processes, able to increase the efficiency and effectiveness of the design phase, through the use of simple communication tools, inexpensive and immediate understanding.

The limits of Obeya

Despite the advantages, the physical Obeya is not exempt from several limits. An Obeya made of walls and paper is essentially inadequate for industrial contexts (very fragmented and distributed): in a traditional Obeya team members must be present at the same time in the company, and must be able to physically access the room in charge of the Obeya. The information is frozen in the diagrams hanging on the walls of the room, resulting unattainable to outsiders (e.g. team members not involved in Obeya sessions, or external experts).

You cannot export information from a physical Obeya (at most you can take a photo or a shot of the graphs, to be shared remotely). It is also difficult to enter data and knowledge.

A physical Obeya is static and almost passive; for example, once the project managed in Obeya is finished, the history of the project event, is lost and the diagrams used in the room are thrown away, without activating any effective mechanism of persistence of the developed knowledge.

Picture: a Toyota Prius model with his creator Takeshi Uschiyamada

Finally, the great advantage of having the whole team in one “big room” becomes a strong limit when companies work in a globalized environment or in the increasingly growing field of smart working in which the different actors (e.g. designers, experts, representatives of other staff functions, etc.) are physically located in different locations.

How to overcome the limits of Obeya? (Digital Obeya)

How to overcome the limits of the physical Obeya? A valid answer is NET@PRO DOBEYA Dobeya, (Digital – Obeya), a web platform that allows you to have a number of geographically distributed teams that also collaborate in different meeting rooms. In this scenario, the participants have a complete vision of the project through a platform of different contents, in a sort of Obeya no longer based on paper, but computerized and virtual.

The NET@PRO DOBEYA becomes a dynamic environment that allows the increase of collaboration between people by improving the learning of individuals and the exchange of knowledge within different project teams.

The NET@PRO DOBEYA so designed allows you to create multiple work rooms where you can monitor the progress of the project, share files and documents, making decisions, collaborating in real time or even asynchronously with team members who have access to the same room. In fact, it’s available a set of notifications that allow participants to be notified about changes.

What are the advantages of DOBEYA?

From the point of view of Lean Management, the use of NET@PRO DOBEYA reduces waste due to waiting, research is more efficient and the work can be done in a more productive way.

In NET@PRO DOBEYA the user interface plays a key role for collaboration, you can view multiple documents, applications or web pages on the same screen, decide how to place screens within each room, thanks to the use of a drag and drop mechanism, create new application templates within each room and, if authorized, share access to other users. This virtual environment allows you to connect people in different physical places, increasing the level of collaboration both inside and outside the company.

In addition to having multiple participants in a single room, you can view several pages at the same time that can be minimized, maximized and changed position at will, in order to have a visual control on multiple activities carried out within a project.

LEAN THINKING opens up to digitalisation and virtualization

Lean practices often seem to be disassociated from the IT world. Despite this, the growing need to have shared and distributed practices between teams located in different geographical areas, also makes lean thinking open to digitization and virtualization.

All this also meets the most innovative approaches in the field of project management such as the agile methodology that uses a work organization in short cycles, with rapid feedback on products and solutions, so as to best meet the expectations of the customer. Agile philosophy, in fact, becomes the most efficient response to strengthen the organization of a team, to optimize and improve the development process and to provide a better product. In order to do so it uses the Obeya as the main tool to achieve high communication efficiency and problem solving.

With the use of NET@PRO DOBEYA the maximum effectiveness is reached because the advantages of direct dialogue are combined with the support of a systemic method designed to optimize the entire flow of information.

Our NET@PRO Manifacturing Execution System contributes to the success of